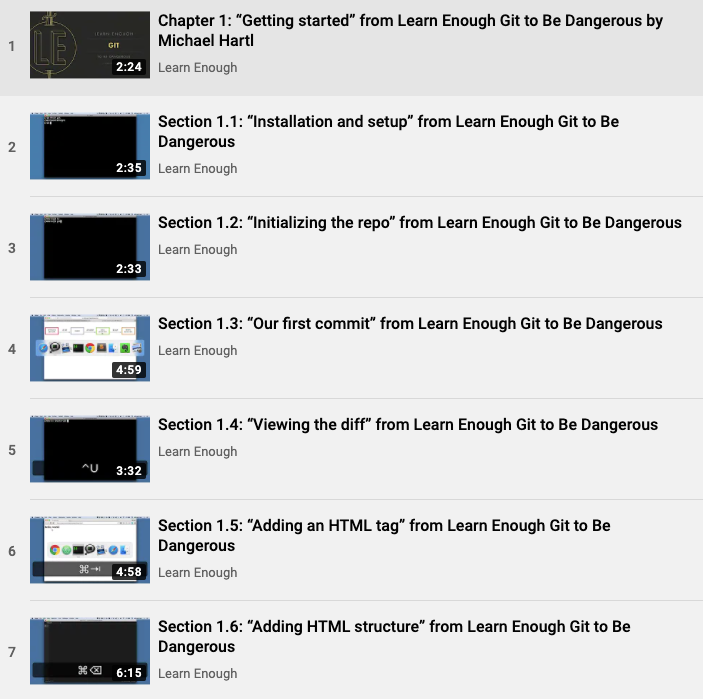 Here at Learn Enough, we have a lot of free written material in the form of online tutorial chapters. For example, the first two chapters of Learn Enough Git to Be Dangerous are available for free online.

On the other hand, we’ve also got a lot of video content, which has historically been exclusive to purchasers and subscribers. Recently, we decided to start publishing the videos corresponding to the free chapters. To make these videos as easy to find as possible, we’re putting them up at YouTube as publicly viewable playlists.

I’m pleased to announce that the third set of free online videos has now been released, from Learn Enough Git to Be Dangerous:

By pairing these free videos with the free written chapters, you can now get a great start on learning version control with Git without paying a penny. You’ll also get a good idea of what’s included when you subscribe to the Learn Enough Git course.