One of the topics covered by the Ruby on Rails Tutorial is sending email with Rails. It can be difficult to find up-to-date resources on this subject, which is part of why I added a couple of chapters on it starting in the 4th edition of the tutorial.

For reasons described below, I’ve now updated the main chapter on sending email to make it 100% free: 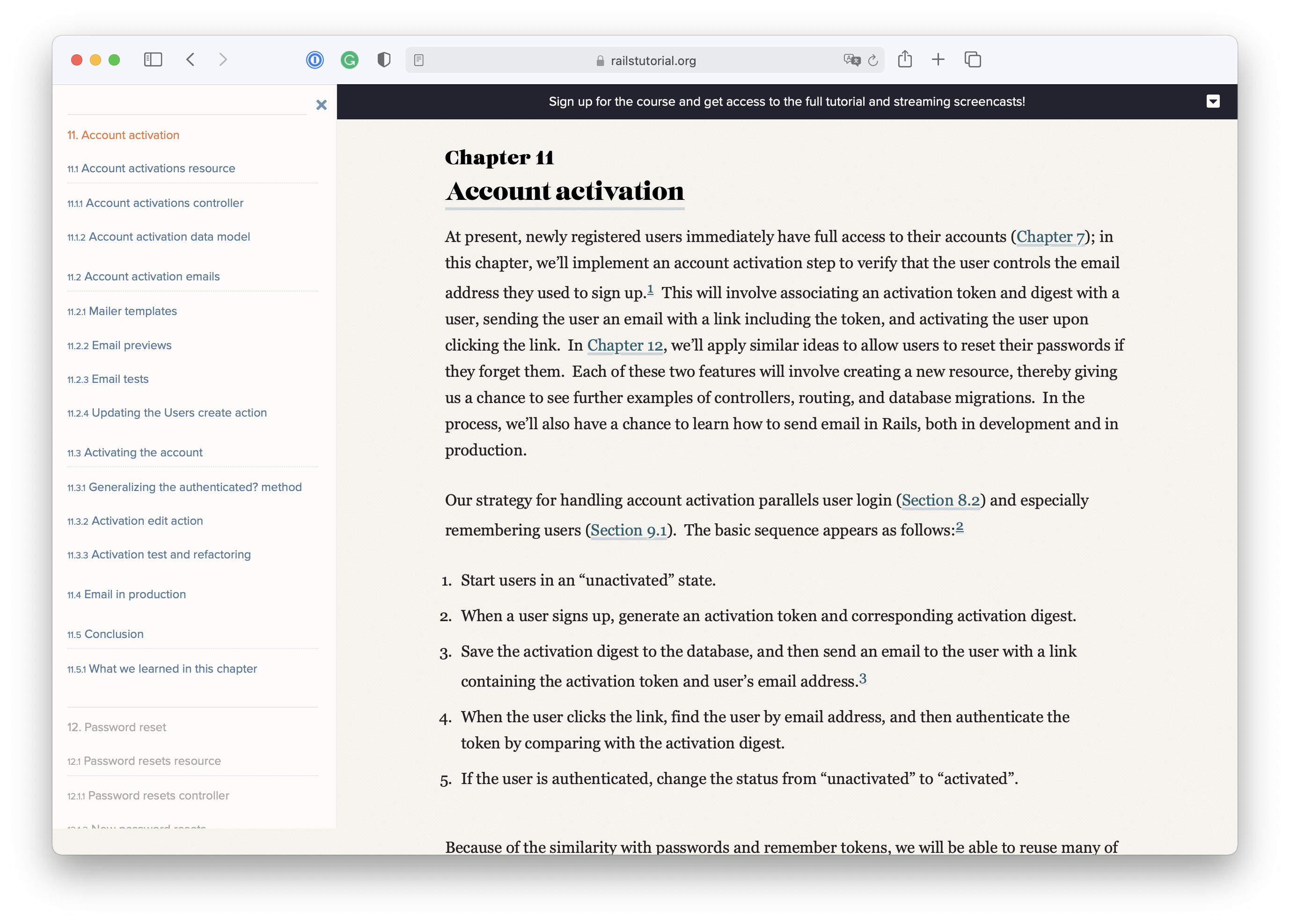 The current service covered by the tutorial for sending emails in production is SendGrid. SendGrid has a generous free tier and generally works well for the purposes of the Rails Tutorial. There are two caveats, though:

Releasing Chapter 11 for free solves the first problem since the online version uses the latest SendGrid authentication technique (specifically, an API key in place of the previous username/password authentication). 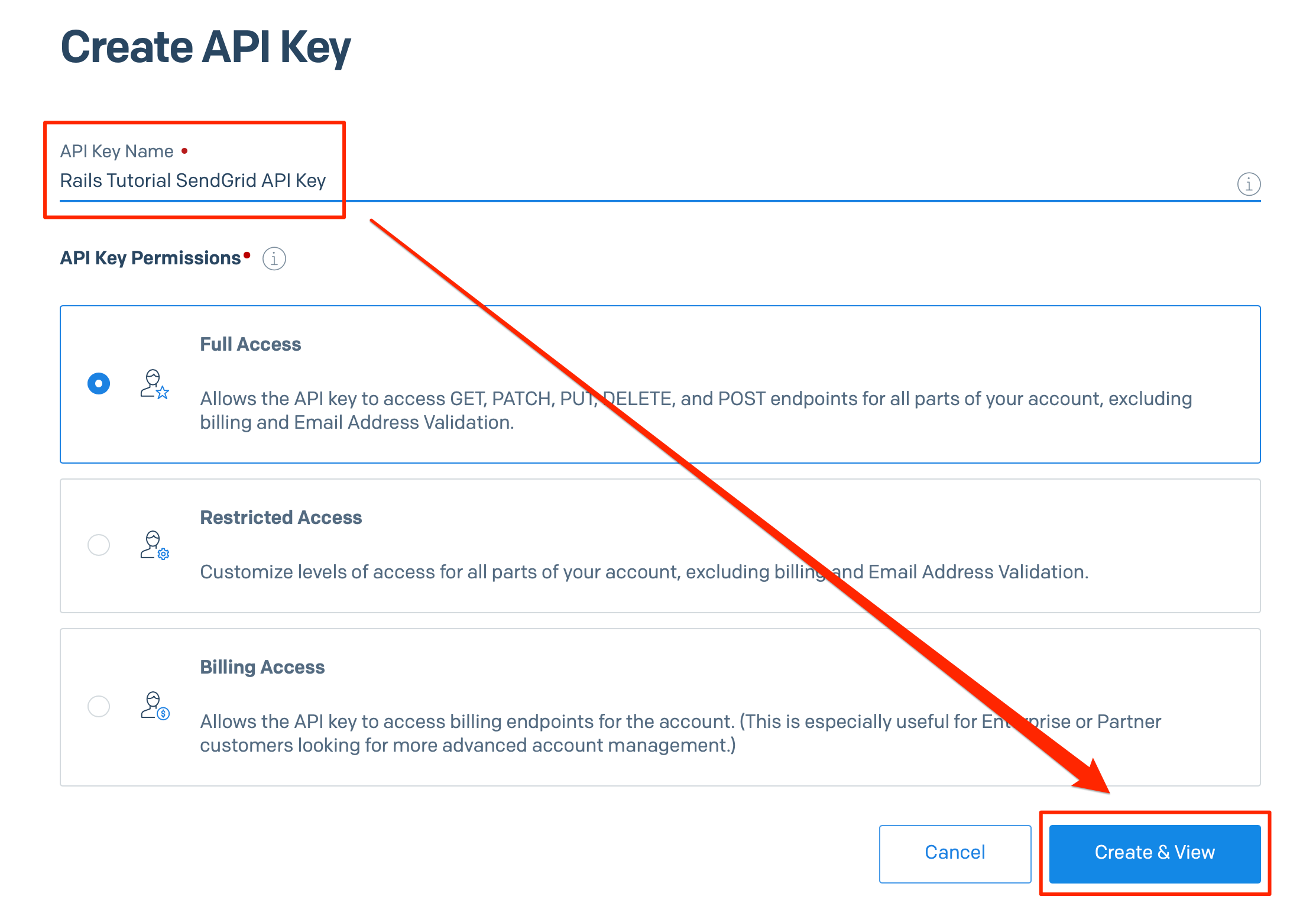 You can consider Chapter 11 to be a general reference on sending email in production since even those not following the Ruby on Rails Tutorial can clone the sample app and check out the corresponding branch:

In addition, if I end up having to swap out SendGrid for another email service, I can now simply update the freely available chapter with the new code. (I already have a working prototype using MailGun as an alternative.) Should that become necessary, I’ll plan to update this post with a note to that effect.

Please enjoy Chapter 11: Account activation and especially Section 11.4: Email in production as a free reference on sending email with Rails!

1. This is an affiliate link. As an Amazon Associate, I earn from qualifying purchases.
MORE ARTICLES LIKES THIS:
learnenough-news , rails , email